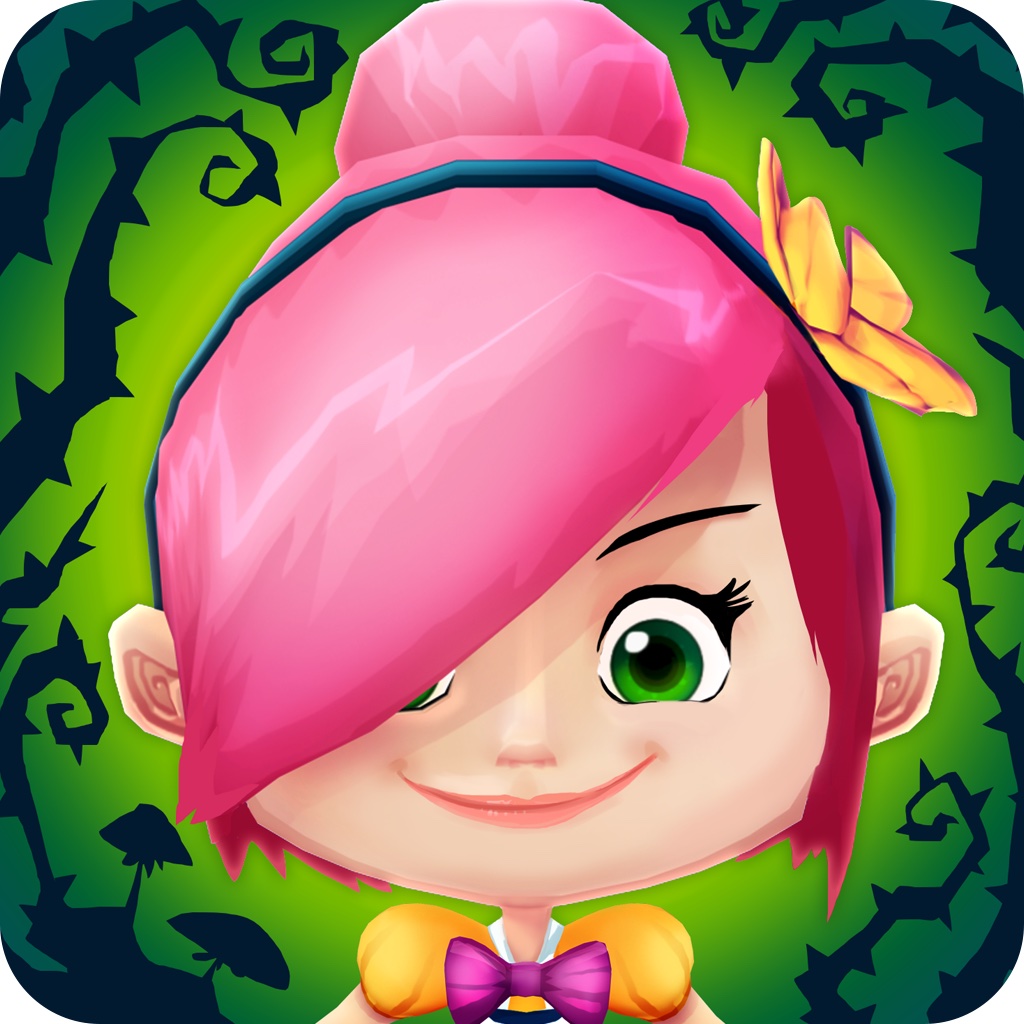 Ever wondered what would have happened if Alice had landed in a mini-golf version of Wonderland? No, neither have I, but luckily we can save ourselves the mental fatigue because Wonder Golf is here to provide the answer.

Rather than a standard club and ball set-up, players must fling Alice herself around each course and down the hole in pursuit of the White Rabbit. After perusing each level by pinching and swiping it around, they can drag a finger away from Alice to set the strength of the shot, eventually reaching the hole under par or within the time limit. If they a hit a particularly terrible shot, the undo button will see them right. 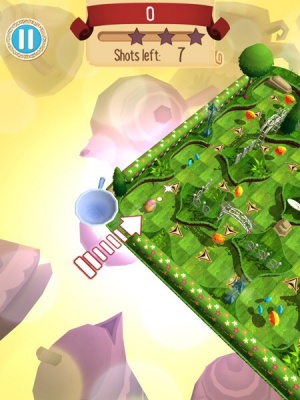 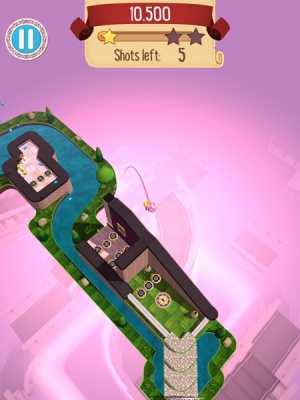 It's not just about sinking the final putt, though. Players will need to collect enough gems throughout each level to fill their star meter and unlock more of the 60+ levels available. There are portals, speed boosts, and springy pads dotted around to guide players through each hole, allowing them access to secret rooms and routes that conceal the key to the rabbit hole and occasionally the inconspicuous Cheshire Cat. If players can catch the grinning fiend they'll unlock a bonus level full of gem goodness.

There are currently some significant frame-rate issues that need to be ironed out to make way for a smoother experience, rather than the often staggered one here at present. Still, it doesn't take away from the fun. There is an energy system in place, but only in the form of retry tokens for when players fail a level. The hearts only run out if this is the case, so skilled players are rewarded with long gaming sessions.

Wonder Golf lives up to its name thanks to its whacky courses and vibrant visuals, and is enough of an inventive take on mini-golf to warrant a play-through - perhaps over a pot of tea?

Posted in: Reviews, Games, iPhone Apps and Games, iPad Apps and Games, iPad Games
Tagged With: Free, Review, Golf, Alice in wonderland, Mobage Inc, Minigolf, Wonder Golf
Share This:
Tweet
Review disclosure: note that the product reviewed on this page may have been provided to us by the developer for the purposes of this review. Note that if the developer provides the product or not, this does not impact the review or score.
Advertisement

]
New update for The Survivalists brings new changes to crops, combat and more
Distract Yourself With These Great Mobile Games on Sale Right Now
Bike Baron 2 opens pre-orders for iOS with more motorbike tracks, puzzles, and stunts than ever
MU Archangel: Everything we know about MU Online’s mobile spin-off
Wild Rift will have a global esports tournament in late 2021, Riot has announced
Apple Arcade: Ranked - Top 25 [Updated 5.6]
A Scrub's Guide to League of Legends: Wild Rift - Breaking Down the Meta - Team Comps
A Scrub's Guide to League of Legends: Wild Rift
Golf Impact is a new mobile sports game out now for iOS and Android
The best run-based games on iOS
Immersive horror game Under: Depths of Fear is out now on iOS
A Scrub's Guide to League of Legends: Wild Rift - What is this game?
AFK Arena's latest collaboration with Ubisoft introduces the Prince of Persia to the popular idle RPG
MU Archangel: Beginner’s guide to character classes
Pokemon Go Fest 2021 will take place on July 17th and 18th
Fallen of the Round review [

]
Gears Pop!, the Gears of War and Funko Pop mashup from Mediatonic, has shut down