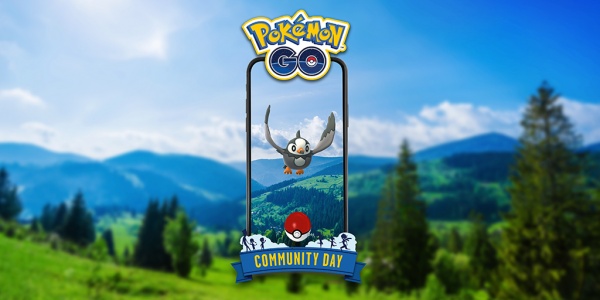 For the upcoming Community Day, Starly is all set to be the star. In an official blog post, Niantic has shared details about the July community day on 17th, which will run from 11 AM to 2 PM. The event will feature Starly, the Starling Pokemon.


The main highlights of the community day event include:

Trainers can unlock Starly’s Fast Attack Gust, by evolving it to a Staraptor, during or five hours after the event. It has 16 damage in trainer battles and 25 damage in Gym and Raid battles.

Other bonus rewards include:

You can access the Starly Community Day exclusive Special Research story for $1.00 or other equivalent currency value.

After defeating Staravia in a four-star battle raid, players will find more Starly within a 300-meter radius around the gym for 30 minutes.

Chance to win exclusive stickers when spinning Pokestops and opening gifts. Players can also buy these from the in-game shop.

When a group of trainers catches enough pokemon with the help of a single Lure Model, the 3X HP bonus will increase to a 4X HP bonus for thirty minutes.

The Starly Community Day is all set to go live on July 17th.

]
Call of Duty enters the future with a major collobration with Ghost in the Shell: SAC_2045
Puzzle & Dragons comes over all spooky with Monogatari Collaboration
Chimeraland is one of the strangest games you can play on mobile right now
Phantom Blade: Executioners, S-Game's "kungfupunk" RPG, is now open for Closed Beta Test sign-ups
Age of Origins’ latest update adds new Titan Equiment, Decorations, and Drillmaster to the zombie battling SLG
Pawnbarian review [

]
Popular indie game Papers, Please is coming to mobile
My Talking Angela 2 gets over 300 million downloads