iAds Starting To Show Up In App Store Apps 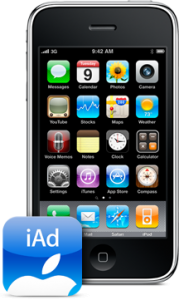 Apple’s new iAd mobile advertising platform looks to be gearing up for its launch on July 1st with test ads and spaces for iAds appearing in apps on the App Store.

iAd offers a way for developers to make money from free applications by including advertising spaces within their apps that are then filled by Apple’s new service. iAd looks to deliver more engaging advertising by comparison the traditional mobile ads that Steve Jobs seems particularly averse to.

iLounge points to a selection of applications from Avantar that are currently showing spaces for iAd adverts and, at one point, included “iAd integration” in release notes before changing the information to “minor bug fixes”. Whether or not Apple had a hand in this change is unclear although the big space within the app interfaces reading “Test Advertisement” next to the Apple logo would be a dead giveaway if they were going for some secrecy.