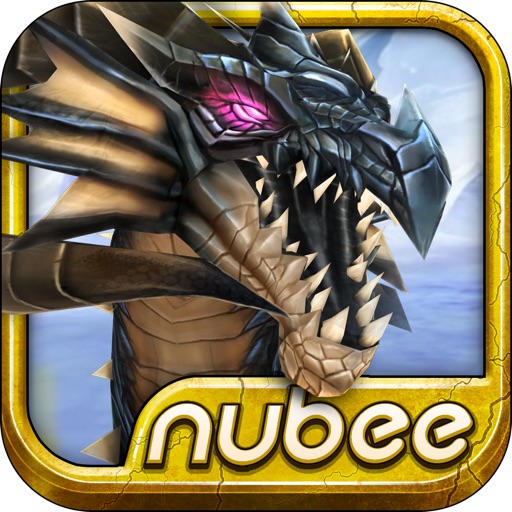 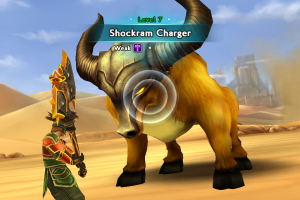 Monster Blade HD's intentions are right in its title. It wants to be the lovechild of Monster Hunter and Infinity Blade, both great games. However, while this game is very good, in trying to be as great as those two games put together, it hits a wall.

In true Monster Hunter fashion, Monster Blade begins with an unbeatable encounter against an evil dragon final boss. The player's goal is to then travel around the world, defeating lesser monsters and improving their gear for the inevitable rematch. By their side is a cute, little creature named Ocha with plenty of great advice on what pelts to use and how to buff axes. But while the Monster Hunter influence is apparent, in practice, the game's RPG elements are far more standard. Instead of going on epic, tense hunts to track down key crafting items, players will be just fine with average drops of each battle.

However, complementing the forging system is the combat system straight out of Infinity Blade. Players swipe to swing their weapons and defend themselves by blocking or rolling. Special attacks charge up over time and players can even bring in allies, like healers, into battle for occasional bonuses. The speedy slashing and evading feels as good as ever but the system is much more tolerant of random swiping than Infinity Blade's deeper, more thoughtful approach. Overall, the game's somewhat successful strategy is to combine sketched-out versions of two games into one fully formed one.

What Monster Blade takes from both games though is a stunning, console-quality graphical presentation. The art style of the fantasy world and variety of monster designs definitely have a more Japanese influence, but the detail and scope of the action rival what Chair has also accomplished on the platform. Unfortunately, this fidelity comes at a price. The game is prone to halting technical issues like long server checks and a frame rate that fails to keep up when the action gets too intense. In a timing-based game like this, dropped frames are literally the difference between (video game) life and death.

Monster Blade is a good game that reaches the limits of its own ambition. It bites off more than it can chew, but still tastes pretty good.

Posted in: Reviews, Games, iPhone Apps and Games, iPad Apps and Games, iPad Games
Tagged With: Rpg, Free, Action, Hd, Monster blade, Nubee
Share This:
Tweet
Review disclosure: note that the product reviewed on this page may have been provided to us by the developer for the purposes of this review. Note that if the developer provides the product or not, this does not impact the review or score.
Advertisement