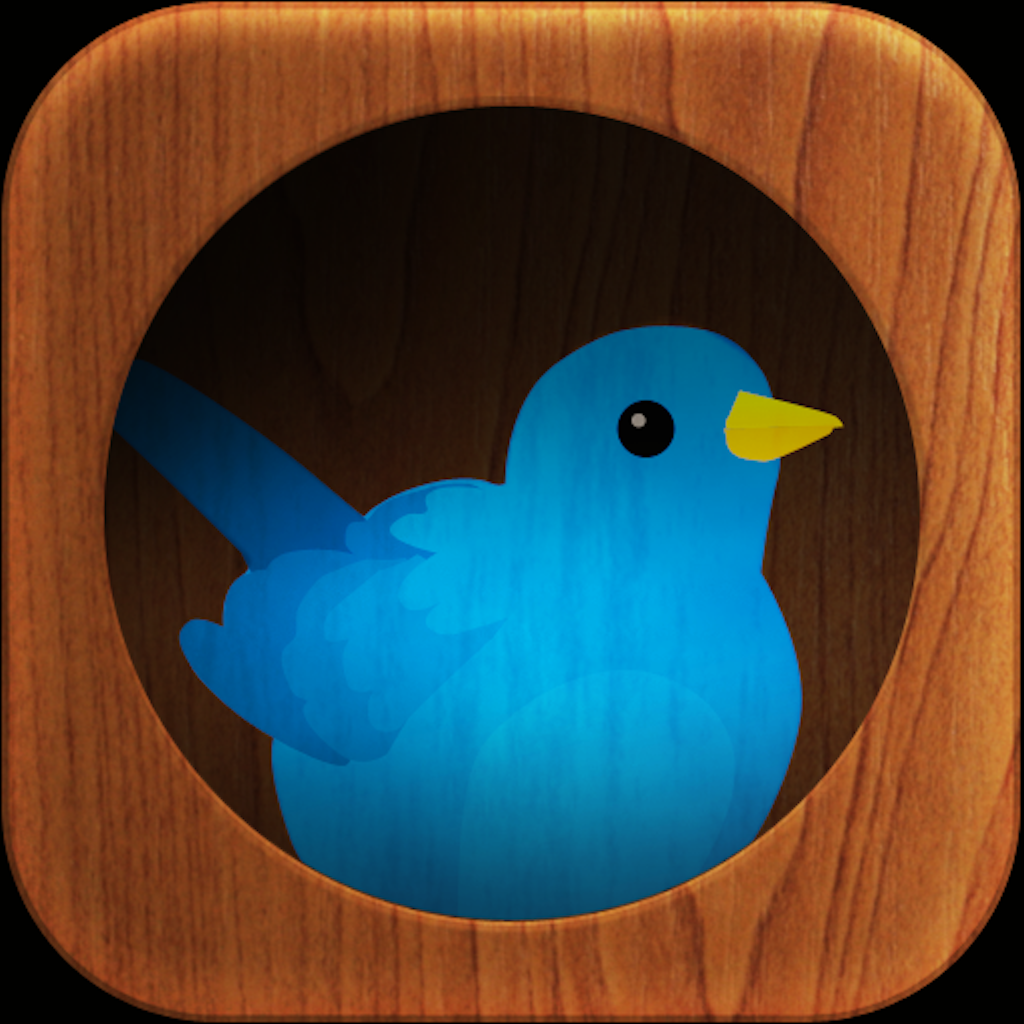 :: WORTH A LOOK
Share This:
Tweet
Birdhouse acts as a suave addition to your favourite Twitter client. Acting as a 140 character notepad for all your pre-tweets, the app allows you to compose, save and (when ready) publish your tweets. Don't like one? Un-publish it with a couple of taps!
Developer: Sandwich Dynamics
Price: $3.99
Version Reviewed: 1.0

Birdhouse is a Twitter client. It's not a client which allows you to see your friends updates, you can't even use it to retweet your friends tweets. No, Birdhouse is something quite a bit different to any Twitter cilent currently available on the store - and I'm not sure yet if that's a good thing.

The guys over at Sandwich Dynamics have brought pre-tweeting to iPhone and iPod touch. What's pre-tweeting? Pre-tweeting is the process of storing tweets you have every intention of publishing, without actually publishing them. Think of it as storing and editing that tweet about what you had for breakfast this morning, until it's just right.

Birdhouse is (in the simplest of terms) - a notepad for your currently 'unpublished' tweets on Twitter. So where did this idea originally come from? After all, Twitter is known for generating spontaneous content, right? It's not really seen as a social platform for posting meticulously 'planned out' content; or is it? Granted some people do use it in this way, and this is exactly the kind of people Sandwich Dynamics are targeting with this.

The idea Birdhouse sits on is a simple one. Store all of the 'tweetable' moments or thoughts you have during the day, allow you to edit them, and then (when your ready) publish them to your stream. It's an app with little visuals, but I think because it's so simple and easy to use, it seems to appeal.

Using Birdhouse
Opening the app for the first time, you'll be required to login to your Twitter account (i.e. @razorianfly). This is a one time setup. Once Birdhouse has verified it can access and publish to your account, the app will display the notepad UI. On the main screen you'll be able to see a list of currently composed tweets, including the one's you've saved, are about to edit and the previously published.

See it in Action:

For best quality watch in HD


This list is filterable via two categories which you'll find at the top of the screen. These include; Drafts and History. Pretty self-explanatory, drafts will show everything you've drafted, while History will only show the tweets which were lucky and good enough to make your live stream.

At the bottom of the screen you'll find a few more buttons These include; Settings, Filter by time modified, Filter by Rating and Export to E-mail. Hitting the Setting button will throw up the accounts tab. You'll probably be glad to know this is where Birdhouse incorporates 'Account Switching' - from one account to another.

You'll also have the option to set your 'default' e-mail address. This will be used to send back-ups of your bird-housed tweets, which we'll get into a little later.

The 'Sort by Time Modified' button is just as it sounds. The app records the time each tweet was composed, and the time it was last modified. Viewing the list in this mode will ensure the tweet which was last modified, is shown at the top. Likewise, using the 'Sort by rating' button will ensure your tweets of awesomeness are shown above your slightly less awesome ones.

Composing a Tweet
To compose a tweet in Birdhouse simply hit the 'Compose' button (top right). The compose screen consists of a few little elements, including; The text field, account name, and remaining character count - Nothing new there then. Lets compose a tweet:

"This is where the comic wit happens .. before it hits Twitland. Thankfully, this tweet will probably never see the light of Day. 1 Star."


Ok, we're done. So now we're going to hit up the 'Done' button (top right). When the keyboard disappears, you'll now notice a few extra options and buttons. Directly below the text field is the ratings meter. This works just like ratings do on the mobile App Store. Simply slide your finger over the amount of stars you wish to give that tweet.

Then you have three further views, including; Rating, Modified, and Account. They're all pretty self-explanatory, and each display different information for the composed tweet. Below this you have the account name your currently signed in under, and your remaining character count. Finally, below this you have the Trash and Publish buttons. When you feel your tweet is ready for publishing to your stream, simply double tap the Publish button. Tapping the Publish button once will turn the bottom bar blue, and ask 'Publish?' - Basically asking you if you are sure you want do this.

Summary
That is basically Birdhouse in a nutshell, and I'm still unsure of what to really think about it. On one hand it's a revolutionary way to tweet. Think, and edit before you tweet. It's a tool to jot down ideas and save hundreds of tweets for possible publishing in the future, but really - couldn't Notes.app which comes bundled with the current software do this? I mean, really Birdhouse is simply Notepad, with direct Twitter functionality.

As one App Store reviewer commented; What if other Twitter apps like Tweetie and Twitterfon catch on? They could include the ability to save tweets in a bird-house type way, and Birdhouse would then become simply redundant.

There's also the issue of the app stretching the very fabric Twitter has built itself on. Twitter is about dynamic, off-the-cuff tweets. Ok, you think about what you tweet, you have to - your following depends on it - but do we really need a way to edit our tweets to perfection? I'm not so sure. Either way, Birdhouse is a well designed app, and it's unique. It's unique in the sense that it currently hasn't been done before, and I like that.

Posted in: Reviews, Productivity, iPhone Apps and Games
Tagged With: Productivity, Twitter, Clients, Tweets, Sandwich Dynamics, $3.99
Share This:
Tweet
Review disclosure: note that the product reviewed on this page may have been provided to us by the developer for the purposes of this review. Note that if the developer provides the product or not, this does not impact the review or score.
Advertisement

]
Call of Duty enters the future with a major collobration with Ghost in the Shell: SAC_2045
Puzzle & Dragons comes over all spooky with Monogatari Collaboration
Chimeraland is one of the strangest games you can play on mobile right now
Phantom Blade: Executioners, S-Game's "kungfupunk" RPG, is now open for Closed Beta Test sign-ups
Age of Origins’ latest update adds new Titan Equiment, Decorations, and Drillmaster to the zombie battling SLG
Pawnbarian review [

]
Popular indie game Papers, Please is coming to mobile
My Talking Angela 2 gets over 300 million downloads