Reflection Puts Your iOS Screen on the Mac 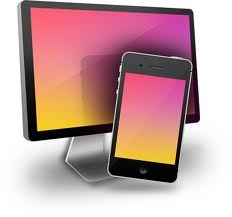 One of Apple's coolest features, AirPlay, is also one of its least-utilized. Currently, users can easily stream content from their iOS device right to their Apple TV, and the service will be extended in the new OS X Mountain Lion update to allow Macs to do the same. However, there's never been a way to stream content from an iPhone or iPad to a Mac, until now.

Reflection offers a simple solution to the problem, simply run the app on your Mac, connect your iOS device to the same wireless network, enable AirPlay and viola, you're all set. While you still control all of your iOS apps on their native device, you can now display them on your Mac, which should make for some pretty impressive gaming sessions at the very least.

Reflection will run you $14.99 for a license on a single Mac and $39.99 to install it on up to five separate computers. This being the first version of the app there are still some bugs and crashes, as well as a bit of input lag, but we're sure that will get tuned up in future updates. In any case, we're pretty impressed that someone got AirPlay running from iOS to Mac, and in a surprising twist it wasn't even Apple.

]
Moonlight Sculptor is an upcoming MMORPG from the creators of ArcheAge that's heading for iOS and Android in May
Distract Yourself With These Great Mobile Games on Sale Right Now
A Game of Thrones: Board Game review [