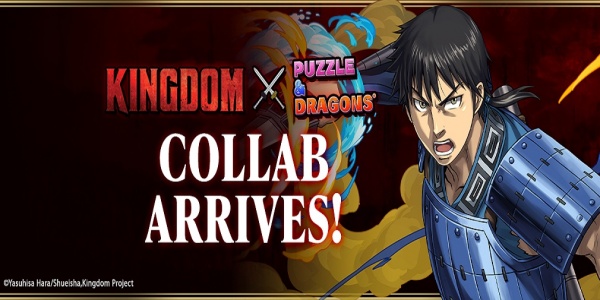 Puzzle & Dragons have announced the latest big-name collab with Kingdom, a huge manga series that is criminally under-represented in the western world. Lasting until September 4th, players can travel alongside the fearsome warriors through the warring states of ancient China.

Kingdom is a manga series that started in 2006, being printed weekly in Weekly Young Jump, part of the best-selling JUMP brand by Shueisha. The series chiefly follows the character Xin and his comrades during the Warring States period of China as they fight to unify China. Kingdom is recognised as one of the best-selling manga series though it has never really reached outside Asia.


When playing during the event there is the chance to collect many characters from the series such as He Liao Diao, Qiange Lei, Li Mu and Pang Nuan from the 10 Magic stones! Kingdom Egg Machine and the Kingdom Memorial Egg Machine, the latter of which comes with one free pull for anyone that logs in during the event.

The event also brings with it four exclusive dungeons. Named after the manga, the eponymous Kingdom will reward anyone who conquers the battle within with a variety of prizes, including Kingdom Collab Medal - Gold which can be traded at the Monster Exchange. The medals can be redeemed for an exclusive monster Flag of Qin. 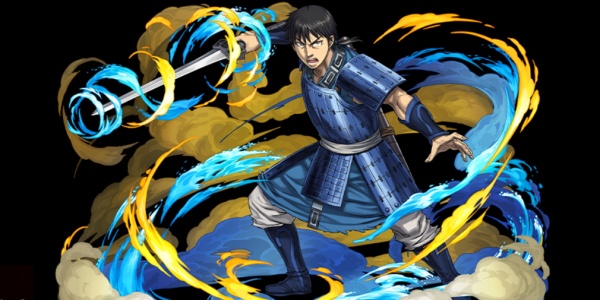 Kingdom Challenge! is a more challenging dungeon, hence the name, that when beaten will grant one pull on the Kingdom Memorial Egg Machine. Great Generals Rush! is an expert dungeon that only the skilled will be able to beat, and will offer two Kingdom Collab Medal - Rainbow for the first clearance. Finally, the Kingdom-Fixed Team tasks players with the challenge of clearing each floor with a set team, and any who clear all floors will receive another pull on the Kingdom Memorial Egg Machine.

Puzzle & Dragon is available to download now on the App Store and Google Play.