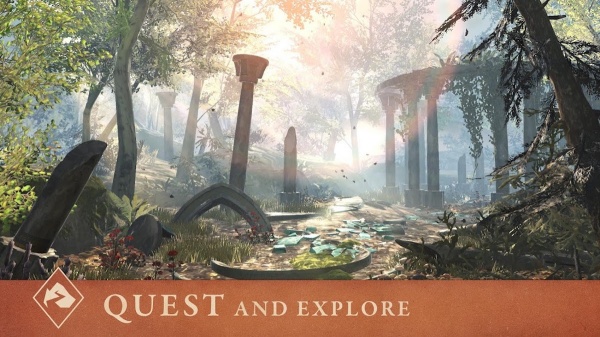 It's E3 season, which means it's the time of year that mobile games get basically ignored in favor of super-budget AAA titles and people screaming out reactions to things they're going to be disappointed in when they actually come out in a few months time.

That said, there have been a few interesting looking iOS games announced over the past couple of days, so we thought it was a good idea to round them up to give you a flavor of what you might be playing in the next few months on your phones. Or, in some cases, what you'll probably be ignoring.

The C&C games have lost some of their lustre in recent years. There was a time when the series was a byword for the RTS genre, but those glory days have long since passed. This newest entry for mobile looks like it's going to be a midcore MOBA in the same vein as the rather glorious Clash Royale.

It's a one on one battler that sees you sending out forces to try and destroy your opponent's base. The twist comes in the shape of a giant rocket sat in the middle of the map. Hit your opponent with this beast a couple of times and you're the winner.

There have been plenty of attempts to refine the Clash Royale formula, with licenses attached and without. It'll be interesting to see how the changes that Rivals makes change that formula, but you can color us not super excited by this one at the moment.

It's an Elder Scrolls game! It's on mobile! It looks an awful lot like Infinity Blade! Actually that's not fair, there's a lot more going on here than in Infinity Blade. It's a true first person RPG, where you're moving around a world, fighting and collecting loot and delving into a deep story.

The game certainly looks impressive, and it looks like Bethesda has put a decent amount of time and effort into making the experience work for mobile. This isn't something that's been crushed into a space it wasn't made for, it's a game that's built from the ground up for your iPhone.

Of all the games announced at E3 this is probably the one we're most excited about. There's a good deal of promise here, and it looks like the game might well deliver on it. Plus it's massive, and drool-worthy hot.

Watch the trailer up there. Did you just make this noise - “uh, what?” I imagine so. Gears of War is coming to mobile, but it's a super-cute Funko POP version of Gears of War featuring bobble-headed versions of your favorite characters from the series.

There's no word on what the gameplay is going to be like, but if we were to make some sweeping generalizations from the trailer, we'd suggest it's going to be a team-based RPG. That's a very big guess, and we wouldn't mind if we were proven wrong.

It might not be the Gears of War game some people were waiting for, but cover-shooters are never great on mobile to be honest. We're interested to see the direction this one heads in, because it could be gold if it's done right.

Not a game, but a game service. Apparently Microsoft is working on a system that's going to let you stream AAA-quality games from the Cloud direct to your mobile device. It's definitely an interesting idea, but we've seen other companies trying the same sort of thing and failing pretty dramatically.

We're interested in this one because it's got the brute force of Microsoft behind it, and if anything can make something like this work, it's definitely the big M.

Phantom Blade: Executioners, S-Game's KungFuPunk action RPG, begins its Closed Beta Test today
War and Order: How to brave the cold in the Winter is Coming event
Distract Yourself With These Great Mobile Games on Sale Right Now
SIEGE: Apocalypse lets you engage in military-themed 1v1 battles, out now on iOS and Android
Milo and the Magpies review [