Autumn Dynasty: Warlords, sequel to Autumn Dynasty, is set to bring its strategy gameplay to the App Store in November. This allows players to return to rule in this empire management game where they'll build cities and armies, recruit generals, and set forth on dangerous quests. Prepare for real-time battles with over 60 hours worth of missions, all of which will be available for $6.99. 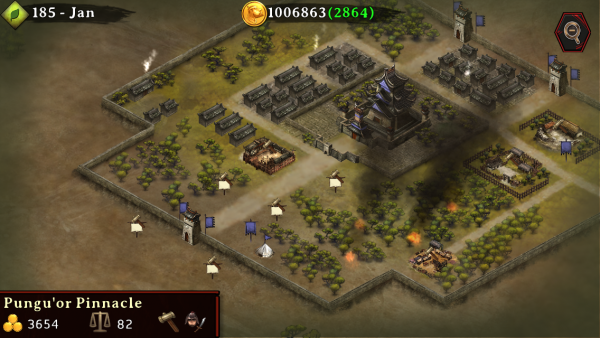 Bike Baron 2 opens pre-orders for iOS with more motorbike tracks, puzzles, and stunts than ever
MU Archangel: Everything we know about MU Online’s mobile spin-off
Wild Rift will have a global esports tournament in late 2021, Riot has announced
Distract Yourself With These Great Mobile Games on Sale Right Now
Apple Arcade: Ranked - Top 25 [Updated 5.6]
A Scrub's Guide to League of Legends: Wild Rift - Breaking Down the Meta - Team Comps
A Scrub's Guide to League of Legends: Wild Rift
Golf Impact is a new mobile sports game out now for iOS and Android
The best run-based games on iOS
Immersive horror game Under: Depths of Fear is out now on iOS
A Scrub's Guide to League of Legends: Wild Rift - What is this game?
AFK Arena's latest collaboration with Ubisoft introduces the Prince of Persia to the popular idle RPG
MU Archangel: Beginner’s guide to character classes
Pokemon Go Fest 2021 will take place on July 17th and 18th
Fallen of the Round review [

]
Gears Pop!, the Gears of War and Funko Pop mashup from Mediatonic, has shut down
Diablo: Immortal Closed Alpha First Impressions
Touhou LostWord is heading for a global launch for iOS and Android following success in Japan