Apple Oddsmaker: What Does Apple Have Planned For Us Next Week? 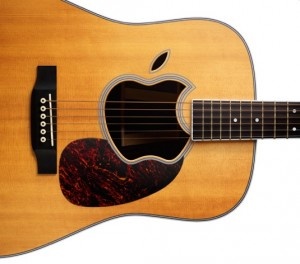 Apple regularly schedules a September event to unveil new iPods and other odds and ends in time for the holiday buying season. I think we can assume this year will be more of the same. What will we see and what won't we see? I'm going to try to put some odds to the various rumors and possible announcements. Note that these are all just my opinion as a guy that watches what Apple does with a rather critical and overly obsessive eye.

New iPod Touch - odds: even money
It's almost guaranteed we'll see a new iPod Touch introduced. This, like the iPhone announcement in June, has become a regular event. The question is what are the features we'll see? I'm hoping we will, as in past years, see feature plurality with the current generation iPhone. So we'll hopefully see the Retina Display (odds: 2-1), front facing camera with Facetime capability (odds: 3-1), rear camera (odds: 5-1). I'm also wondering if we'll see the storage capacity increased beyond 64GB (odds: 4-1). And will we see other iPod lines retired like the iPod Classic, perhaps (odds: 8-1)?

iOS 4.1 Officially Announced - odds: even
This is also a given. iOS 4.1 has been in beta for 9+ weeks now and it's been over 3 weeks since the last beta release. Betas usually come out every 2 weeks. So I think we can guess that it's done and ready to release. We can expect the release either next week on 9/1 or very shortly after. What features will it have? A fix for the proximity sensor (odds: even) and a Game Center release (odds: 3-1) are the best bets. There's the possibility that the length of time since the last beta was due to Apple adding in a mystery feature or two (odds: 5-1), or maybe it has to do with....

iOS 4.1 on the iPad - odds: 8-1
While I can't wait to get iOS 4 on the iPad, it won't be for a couple more months. I'm hoping that we'll at least get some details on iOS 4 for the iPad (odds: 4-1), but I won't hold my breath for that. Features I'm hoping for include support for running iPhone 4 resolution apps (odds: 4-1) and dashboard / icon layout update that takes better advantage of the screen size (odds: 30-1).

Updated Apple TV / iTV - odds: 5-1
This is the big new announcement most are expecting and an update to the Apple TV has been a long time coming. But I think Apple still sees it as too small of a market. I could be way off base here, but I think it's too early for this rumored update. Apple has had so many leak problems that we tend to know just about every detail of a new device before it's launched. We haven't seen anything about a new Apple TV other than a few persistent rumors. While this would be the perfect time to launch it, just before the holidays, I just think it's too early. But, in case it will be announced, the rumored features are a $99 price tag (odds: 10-1), and iOS based system (odds: 3-2), and App Store support of some kind (odds: 3-2).

I really hope I'm wrong about the Apple TV update and it does launch with all of the above. I'm certainly looking forward to this when it does launch and my head is spinning with the possibilities for apps for the device.

TV Show Rentals - odds: 3-2
This is almost a given. Goes along with the movie rentals and just makes sense. Once we have this, and on a new Apple TV, who will need their cable / satellite anymore? Along with this we'll likely see iTunes 10 released (odds: 3-2) as seems to happen with every major new iTunes-based service.

New 7" iPad - odds: 10-1
I think it's too early for new iPads. The current one is still nearly impossible to get. And I just don't see how a 7" version fits into the future plans for Apple. This only really makes sense in combination with an updated Apple TV. A 7", slightly cheaper (~$350) iPad model would make a great interactive, touch controlled remote control for an Apple TV though.

Updated iPads - odds: 20-1
In my mind, Apple made just one mistake with the current iPads -- too little memory. Running multitasking on the iPad will not be a pleasant experience. But, I'll put the odds at 20-1 that we'll see new ones right now. But if they are announced, will they have more memory, yes, of course (odds: even). Retina display on the 10" model -- not likely as the overall resolution would be too large (odds: 30-1). Front facing camera to join in on the FaceTime fun (odds: 3-1). But again, not at this event -- probably January.

iTunes Cloud Streaming - odds: 8-1
We know that iTunes cloud streaming is coming. And it should be coming soon as Apple's huge east coast data center is ready or almost so. But is it ready to announce? I don't think so. I believe we'll see a full announcement of lots of integrated cloud based services all at once and we'll find that the updated Apple TV might be integral to that.

Oh yeah, and the non-iOS related stuff still exists too...

Updated iLife - odds: 2-1 it's been 18 months, an update is due. Only thing that could be holding it back is previously mentioned large-scale cloud services announcement.

We'll be covering the major points of the event live on our @148Apps Twitter account next Wednesday starting at 10AM Pacific. And we'll undoubtedly have a recap for you afterward.

What do you think? Let's say this is a race track and you have $100 to bet however you wanted on the above possible winners. Who would you pick and how would you put your money down? LEt us know in the comments below.

]
How to get the Green Flare Gun in PUBG New State
Everything you need to know about Kingdom Two Crowns: Norse Lands
The Lord of the Rings: Rise to War essential strategy guide
All the maps in PUBG New State
How to use Drones in PUBG New State
Rob Riches is a hand-crafted puzzle adventure game, available now for Android and iOS
In My Shadow: Playbae's award winning puzzler is now available worldwide for iOS
Apple Arcade: Ranked - Top 25 [Updated 11.17]
In My Shadow review [