Distract Yourself With These Great Mobile Games on Sale Right Now

Every day, we pick out a curated list of the best mobile discounts on the App Store and post them here. This list won't be comprehensive, but it every game on it is recommended. Feel free to check out the coverage we did on them in the links below to further vet these discounted games before you decide to buy:

Games marked with an asterisk(*) denote that the entire developer/publisher’s catalog is discounted, despite the fact that all of their games may not be listed here.

The best shooters on iOS

In case you missed it yesterday, Tencent and Activision announced they are putting out a new Call of Duty game for mobile. While details are pretty scant, they did put out a trailer (see above) and have a page where you can pre-register for the game, which might give you in-game rewards when the game actually launches.

Based on what's shown in the trailer, it looks to be a no-nonsense attempt to shoehorn every facet of mainline CoD games into a mobile package, which could be good. Though personally, I have my doubts. There are already precious few first-person shooters on mobile that are any good at all. Many of the best ones, like Call of Duty: Strike Force, have disappeared off the App Store completely. Meanwhile, things like Modern Combat 5 persist, which is a prime example of how to faithfully recreate the feeling of a big budget shooter on mobile while also leaning heavily into every worst tendency of free-to-play mobile design.

In light of all this news and speculation, I decided to dig back into our archives here and pull up a list of the best shooters on mobile. Many of these are not first-person shooters, mind you (as most of the good ones of those are gone), but they can still scratch your shooter fix while we all wait and see if Call of Duty Mobile is any good or not. 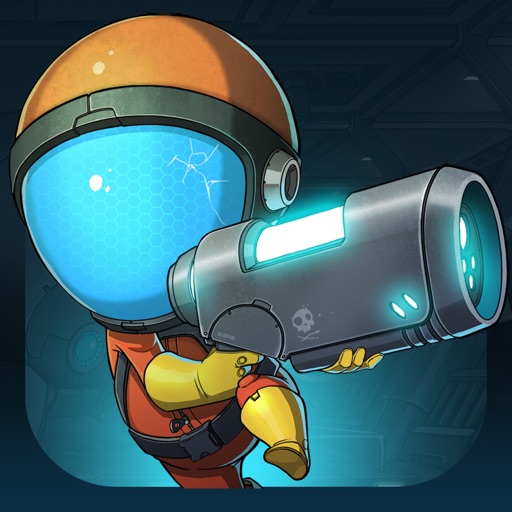 + Universal App - Designed for iPhone and iPad
By Campbell Bird on October 24th, 2016
Our rating:

:: SUPER BUGSTER BROS
This 2-D shooter is beautifully animated and provides a ton of challenge.
Read The Full Review »
Advertisement

]
CRISPR Crunch is a DNA-matching game where you fend off nasty viruses, coming soon to mobile and now playable online
MU Archangel 2 has officially been released in Taiwan, Hong Kong and Macao with special launch rewards
Square Valley review [